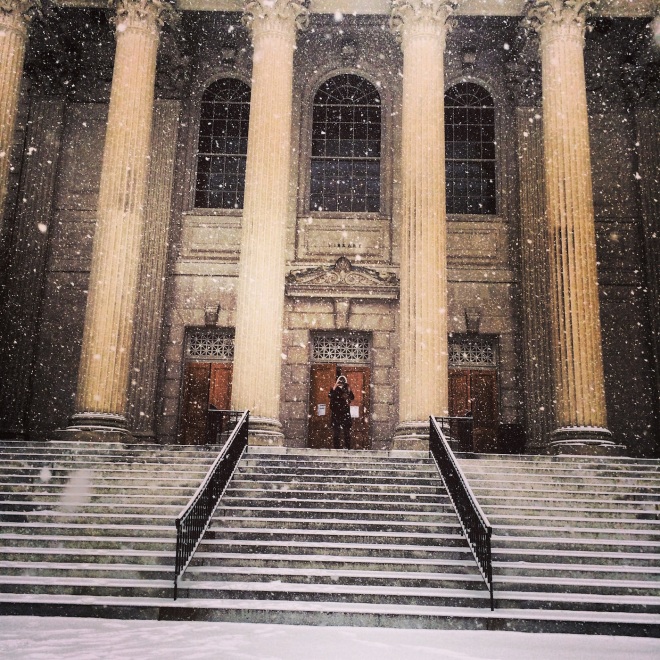 My grandfather passed almost a month ago. Tomorrow would have been my grandparents 64th anniversary. How incredible is that? I still remember their 63rd anniversary. He was already going downhill at that point. We brought a pizza over and just talked and enjoyed each other’s company.

I was on the bus on Thursday when I happened to sit down next to an older woman. The bus was packed as work had just ended for what seemed like all of San Francisco. The daily struggle to find a spot on the bus somehow was easier that day as I managed to find a seat. A father was on the bus with his stroller and the woman and I laughed thinking about how a mother would never let their kid on the bus at this time with so many people.

She had a daughter who just graduated from Stanford and had moved to New York. She talked about how there is so much culture in San Francisco and how it is such a wonderful place to raise a family.  Her daughter studied Comparative Literature. I told her I just graduated with a degree in psychology and how rare it is people end up going for their dreams in  majors that aren’t lucrative.

Then she told me her husband was no longer with them. She told me about how much she loved the memories she had with her husband. He was from Minnesota then moved to New Orleans and finally made it to San Francisco. He was diagnosed with cancer and died two weeks later. I told her about my grandfather. We both looked each other knowingly as we talked about how it feels to say goodbye to someone for the last time.

“It is never how you expect it to be”

I asked her if she had heard of Viktor Frankl. She said he was on her bookshelf. I told her the story about the friend of Viktor’s who comes to him just overwhelmed with grief after his wife died. Viktor told him that because he was suffering the loss of her he prevented her from suffering the loss of him. She took a moment and sat in silence when I told her. I went on to say that this conversation gave me meaning to my suffering. I have always noticed that whenever there has been a pain point in my life somehow it allows me to connect with others and that this conversation was one of those moments. She then shared how she now helps families of people going through cancer and how she has been so blessed by his death. She looked at me after she said that fearful that I wouldn’t understand but I do.

The meaning of his life is evident in his death and I am so grateful that is the case.

I was so happy to meet her. There is so much meaning in suffering and that conversation reminded me of that. She shared that she rides the bus instead of taking a car purely because she believes San Francisco to be a fascinating place. I couldn’t agree with her more. It is a fascinating place and I am so lucky to be here. I know my grandfather along with a ton of other people helped make this possible for me. I miss him and I see him all around me. Thank you, Granddad, for helping me connect with a stranger.

One of the last things he said to me was “Your friends are better for knowing you”. I hope I can continue to make that true. I hope that both strangers and friends are better for it because I know I am for meeting such wonderful like Christine, my new friend from the bus. I wonder if I will ever speak to her or if that will be the last time? What a funny thought.